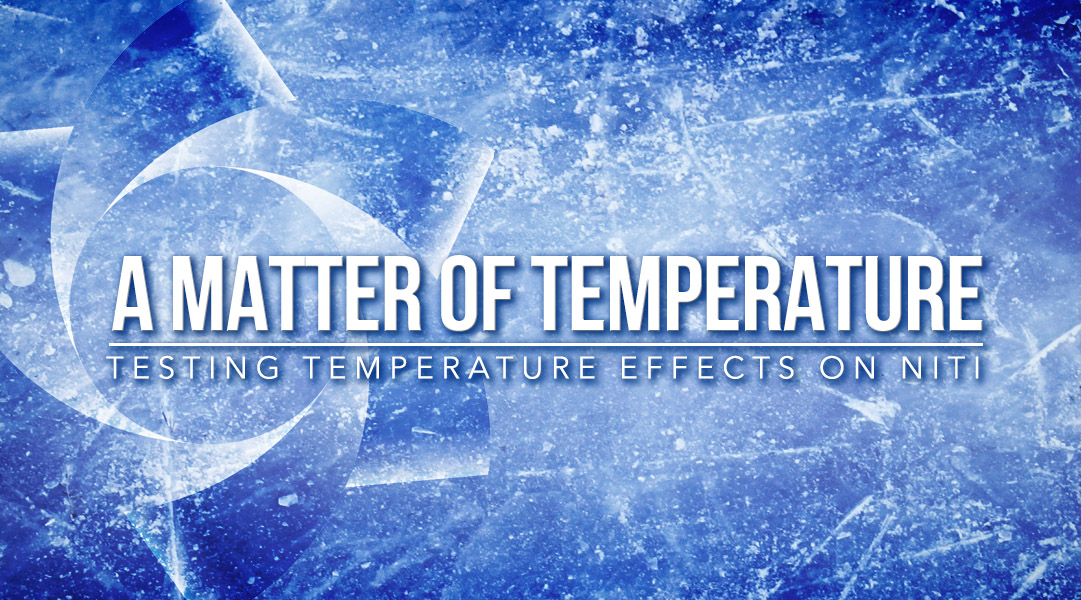 A pilot study conducted at the University of Detroit Mercy showed EdgeFile files to have significantly greater cycles compared to competing files. The purpose of this study was to examine the effect of different temperature changes on the cyclic fatigue of EdgeFile, Vortex Blue, and ESX rotary NiTi instruments. The three groups of NiTi rotary files were tested in a metal block that simulated a canal curvature of 60˚ and 5 mm radius of curvature. The block was submerged in a controlled-temperature water bath filled with water at four different temperatures. Thirty files from each experimental group were tested in the block at each of the four temperature cycles, and rotated at 500 rpm. Time to file fracture was recorded, and converted to number of cycles to fracture (NCF).

Download to read the full study on Temperature Effect on NiTi Cyclic Fatigue.